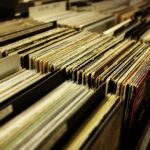 He comes from Switzerland, more precisely from Ilanz in the canton of Graubünden. At the age of 14 he learned to play the bass guitar and so immersed himself in the world of music. In the following eight years he played as a bass player in various bands including ANIMA and LIESASSPES. Musically started with rock, then to punk rock, from punk rock to hardcore to metal, everything was there. The experiences with the bands and the many live performances are and were of great importance for his next step.

However, the love and passion for electronic music as a DJ and live performer only came to an end in 2002, and learned to mix and DJ with vinyl. Two years later back on stage he slowly made a name for himself in the regional scene under the pseudonyms such as Drehklang, Pogah or Klit (Klit & Doris).

In 2006 he founded the music label KITSCH COUCH RECORDS and found his own style of music. Under this name, he organized various party series across the region. Among other things, BEATSnGRILL, a day dance in the valleys and forests of the Swiss mountains, which was founded in 2011 and takes place every year at the end of May. To this end, together with the Tanz Kultur Platz TKP association, he supports the regional party scene with the annual “Bündner Rigi Rave” event at almost 2000 meters above sea level.

His first release on his own music label Kitsch Couch Records in 2017, “A SUNSET IN THE MOUNTAINS”, has been well received by the scene to this day. In 2020 he started a new project “PEGE AN HIS GANG” with friends, where the single “DOWN TO THE BEAT” will be released at the end of April 2020.

There is a lot of passion and dedication in his sets. They are groovy, colorful and full of power and convince with perfection and sound quality in the entire stereo range. He has been running a music studio since 2015 and has been broadcasting his radio show “The Kitsch Couch Radio Session” every week since 7 p.m. on electroradio.fm since 2017.